K-9 Remco and his handler tracked a murder/assault suspect, while several other deputies, along with a city police officer, rendered aid and got medical transport for the victims. 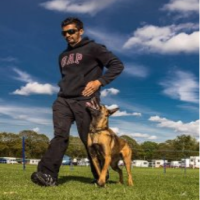 Where dogs and science meet

Examining scientific findings and how they relate to our dogs

where every dog has its day...

Dogs in the Fascinating World of Scents

The Art and Craft of Blogging

The latest news on WordPress.com and the WordPress community.